DRIVE AROUND IN A CITY THAT FEELS AND LOOKS ALIVE!!
Drive around in one of your awesome busses as the big city bus driver. Enjoying the big city surroundings will not be difficult in these public transportation games. The big city feels really alive and the graphics are simply amazing. City driving free roam games have never felt this real. Be the bus driver that driver that all passengers want. Drive save and make sure the city passengers get towards their destination on time. Please watch out other traffic, pedestrians and traffic lights when you drive your daily city routes.

PUBLIC TRANSPORTATION GAMES HAVE NEVER BEEN THIS MUCH FUN!!
Safety is very important in this bus driving simulator so make sure your passengers are safe at all time. This is your first priority. The second priority in to make sure that you stick to the time schedule. City passengers are always in a rush so you better make sure they arrive at their destination on schedule.

YOUR BUS DRIVING CAREER BEGINS TODAY!!
In the beginning of this city bus simulator the missions are not extremely difficult. This way you can learn the skills of a real city bus driver while doing some real city driving free roam. The more game missions the more challenging the various game missions will become. Proof yourself an experienced and skilled bus driver while playing this epic bus driving simulator.

BUS SIMULATOR 2015: URBAN CITY KEY FEATURES
AWESOME big city in this bus driving simulator that feels ALIVE
AWESOME game graphics in this public transport simulator
realistic visual bus driving city damage
drive around while it is nice and sunny or when there is rain or even snow
BEAUTIFUL passenger busses to choose from or to collect
watch out for incoming traffic especially during city rush
more bus driving simulator games and public transport simulator games follow shortly

THE ULTIMATE CITY BUS DRIVER GAME HAS ARRIVED!!
So get ready for these ultimate public transportation games on the google play store. Make sure all passengers are safe and all bus doors are closed before you will continue your city road. Watch the clock because city people do not like waiting in this public transport simulator. But first and foremost ENJOY!!
-Bug fixed;
-Gameplay optimized;
Graphics polished. 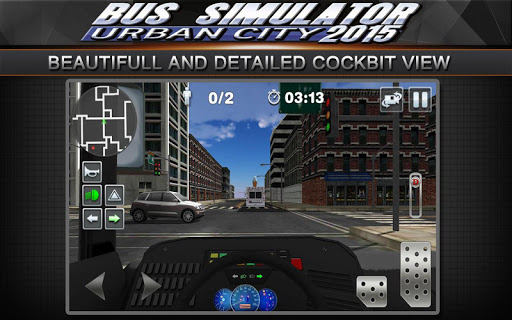 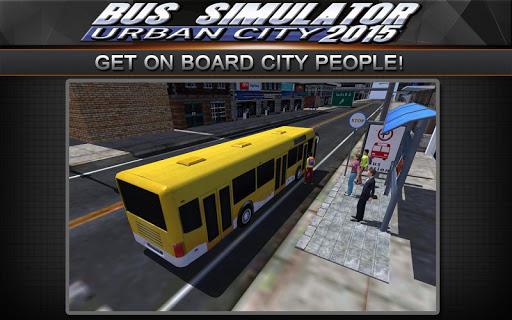 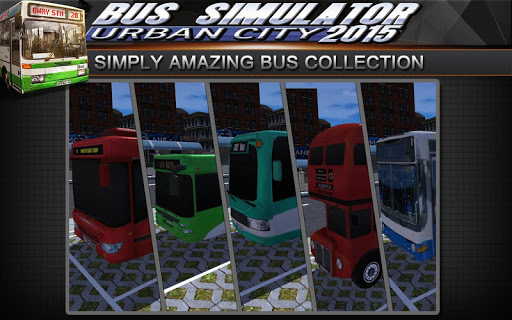 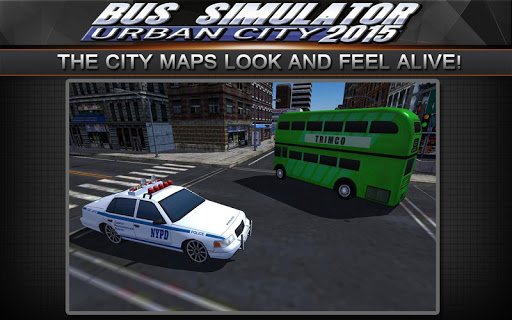 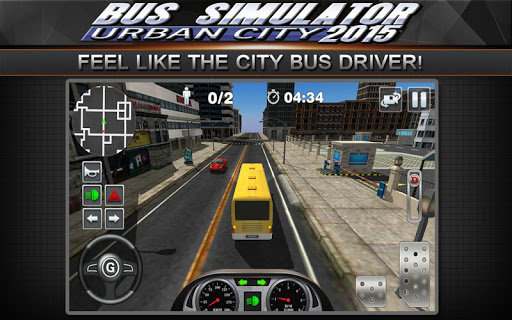 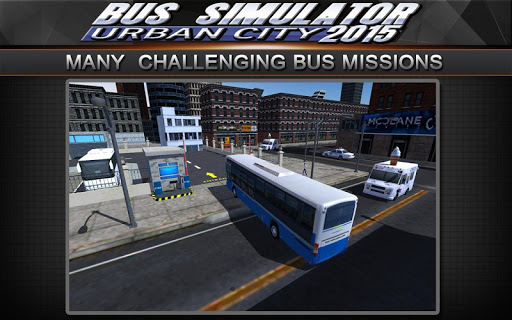